The medieval Schaumburg, with its location on a raised rock spur and its fortification with strong walls and squat corner towers, was a typical military and residential fortress of its time.

Over time, it has been changed, strengthened and expanded again and again. It was only in the 1780s that a series of alterations began, which they gradually transformed into a castle, first in the Classicist, later in the Neo-Gothic style.

The beginnings of Schaumburg date back to at least the 12th century. In a document from the year 1197 a "Schowenburg" is mentioned for the first time in connection with a countess Elysa from the house Leiningen. For centuries, the castle belonged to the ownership of the house Leiningen-Westerburg, but had pledges and part sales mostly co-owners.

With only a few estates and associated villages, the Schaumburg led from the outset a poor existence. In 1319 it also had to cede a significant part of its territory and several goods to the Archbishop of Trier Balduin, who founded the city of Balduinstein in this area. 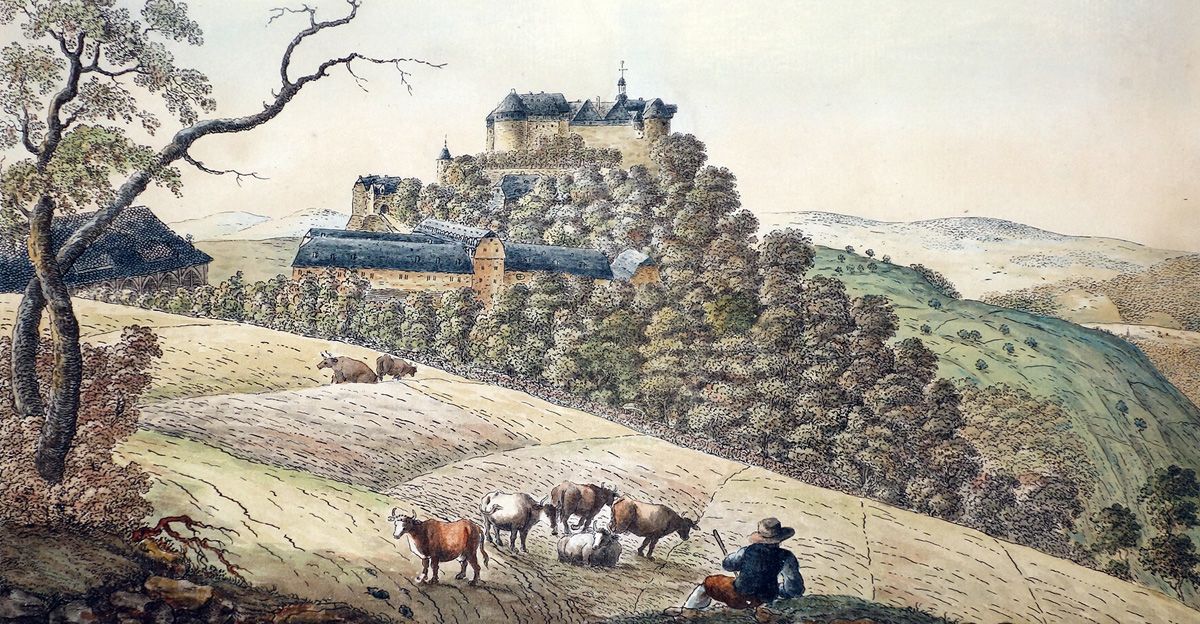 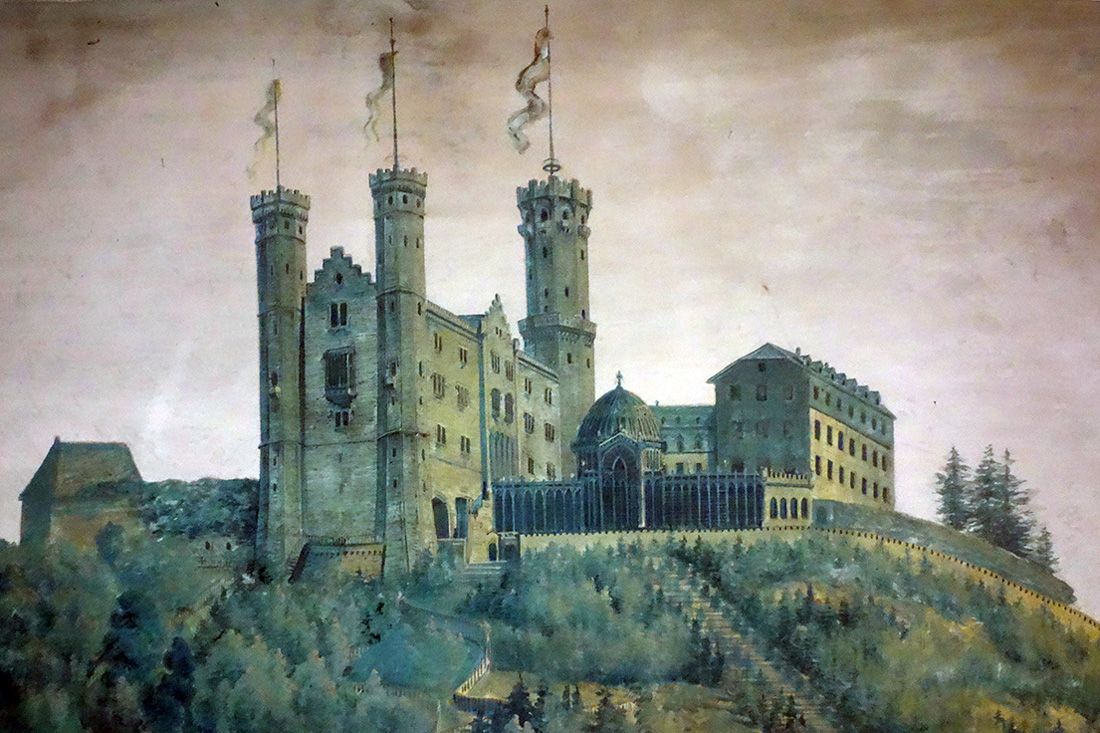 The economic situation of the Schaumburg rule improved only after centuries, when in 1656 the widow of the general Peter Melander, Countess Agnes von Holzappel, Schaumburg combined with the Holzappeler rule to the county Holzappel-Schaumburg.

Through marriage and inheritance, the county later came into the possession of the princes of Anhalt-Bernburg-Hoym. Princess Amalie of Nassau-Weilburg (1776-1841), the widow of Prince Viktor II of Schaumburg-Anhalt-Bernburg-Hoym (1767-1812), was the last member of this family who lived in Schaumburg Castle.

Her eldest daughter Hermine had married Archduke Joseph, the Palatine of Hungary, at Schloss Schaumburg in 1815 and had moved to Hungary with him. At the birth of a twin, Hermione and Stephan, she died in September 1817. Her son, Archduke Stephan, was prepared early to take on important government and administrative offices. When Palatine Joseph died in 1847, Stephen himself became the Palatine, d. H. elected Deputy King in Hungary. It was during this time that the long-standing tensions between Hungarian nationalists and Viennese court increased and soon increased to civil war-like conflicts. Archduke Stephan, as a young, inexperienced palatine, could not live up to the demands of both sides. He resigned in September 1848 and was banished by Emperor Ferdinand to Schloss Schaumburg.

Here he had to rearrange his life. At Schaumburg Castle he devoted himself to a great extent his natural science interests, social duties and hunting. The rebuilding of the castle in the style of the English Tudor Gothic, initiated by Archduke Stephan immediately after his arrival and planned by the Nassau Building Boos, was entirely in the spirit of this reorientation: he had a new wing, the "Stephansbau", built in which his very significant mineral collection and a stable for Hungarian riding horses occupied the most space. He had the former dining room converted into a library, and in the grounds, animal enclosures, gardens and greenhouses with a large palm house were built. Another new building was the large main tower, which was used to measure the Duchy of Nassau. From its tip, there was visual contact with several other measuring points in the country

From the death of the Archduke to today

After the early death of Archduke Stephen in February 1867, the Grand Duke of Oldenburg first inherited Castle and Domination Schaumburg. After twenty years of litigation, they came to the house Waldeck-Pyrmont. Just a year later, the prince sold the mineral collection. Due to the conversion of some farm buildings located below the castle to the "Waldecker Hof", the touristic and gastronomic use of the castle, which had already been initiated under Archduke Stephan, was further expanded. Schaumburg Castle remained a popular attraction for tourists for the next hundred years or so.

In 1983, the entire castle complex was sold along with the lands and was successively to a number of private owners. An irregular sequence of residential use, tourist use and vacancy, while neglecting necessary renovation work, has resulted in significant damage to the buildings and the loss of a significant portion of the old facilities in recent decades.